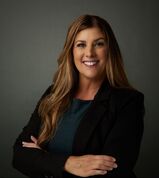 Executive Director: Lisa Albert, MSW, LCSW-S
NBHP is delighted to welcome Lisa Albert as its new Executive Director as of January 2023. Lisa has over 25 years of experience directing, guiding, and promoting successful and productive programs and employees in California.

Lisa Albert is a Licensed Clinical Social Worker with over 25 years experience providing direct service, as well as designing, developing, implementing and directing behavioral health programs. Lisa holds a bachelor’s degree in Behavioral Science and earned a Master of Social Work degree from the University of Southern California.  A native to Southern California (Los Angeles County), Lisa is well versed in providing services, managing, and directing programs for the underserved and most vulnerable populations who are living with serious and persistent mental illness and substance use disorders. Prior to moving to Texas, Lisa served as the California State Clinical Director for a National Behavioral Health provider where she provided clinical, compliance, budgetary, and administrative leadership over state and regional activities for 30 programs within 4 of the largest counties in California. In 2020, Lisa earned her professional grant writing certificate from San Diego State University and had served as project manager for over 35 million dollars in government contracts.

Personally, Lisa has been married for 28 years to her husband Tim.  She has 3 adult children (all boys who kept her active and frequenting emergency rooms) and a 75 pound Labrador who thinks she is a lap dog.  Lisa’s family loves enjoying the outdoors, hiking, boating, golfing and RVing.

Please join us in welcoming Lisa at lalbert@nbhp.org.

Anna brings many years of non-profit experience and a passion for empowering families to The Women’s Home. With a background in social work, public health and law, Anna has pursued her passion for building healthy, strong communities. She has served women in a wide range of roles from working with rural women in West Africa to helping women make smart decisions about health care. Most recently, Anna served as President and CEO of The Immunization Partnership for 9 years.
​
Anna holds an undergraduate degree in Social Work from Marquette University and earned her law degree, specializing in Public Health Law, at the University of Houston. She has been published in several peer-reviewed journals, including Pediatrics, and has received numerous awards, including the Healthcare Hero award from the Houston Business Journal, the Community Health Leadership Award from the Episcopal Health Charities, and the Childhood Immunization Champion Award from the Centers for Disease Control and Prevention.
Vice Chair: Mary Beck, President & CEO, The Council on Recovery

Mary H. Beck, LMSW, CAI, is President & CEO of The Council on Recovery, which serves more than 55,000 people in the Greater Houston area annually. A leader in addiction services for nearly 20 years, Mary is an accomplished and respected executive with a distinctive passion for supporting and uplifting the Houston community and behavioral health field. Before serving as President & CEO, she worked in various roles at The Council, including youth intervention and prevention, program development and evaluation,  clinical operations and, most recently, as Vice-President.

Mary is a member of the Texas Association of Substance Abuse Programs and an American Leadership Forum Senior Fellow. She also is an adjunct faculty member for the Graduate College of Social Work at the University of Houston - the same school from which she received her Master’s Degree in Social Work in 1998. Prior to joining The Council, Mary served as Director of the Center for Organizational Research and Effectiveness at the University of Houston, providing nonprofit evaluation and consulting services.
Treasurer: Cynthia Colbert, President & CEO, Catholic Charities

An expert on poverty and ways to address it, Cynthia N. Colbert, MSW, took the helm of Catholic Charities in 2012 and since then has created new partnerships across the region to help impoverished individuals build better lives.  With more than 20 years in the not-for-profit sector, she is an experienced leader in nonprofit management.
​
Colbert led Catholic Charities' recovery efforts in the aftermath of Hurricane Harvey in 2017 that helped more than 19,000 individuals across 246 zip codes in the first year after the storm.  As a result of her leadership and vision, Catholic Charities established its Disaster Recovery Program to provide long-term disaster recovery case management services.

​Colbert’s previous CEO positions included Executive Director of Catholic Charities in Austin, Texas, and in Wichita, Kansas.  She earned her bachelor’s degree from The California State University in Sacramento and her master’s in social work from UC Berkeley.
​
The most recent accolade for her work came from the Houston Business Journal, which named her in 2018 to its inaugural list of Houston’s Most Admired CEOs.  Previously, HBJ recognized her for two consecutive years on its Women Who Mean Business list. In 2017, she was named as a Woman on the Move by Texas Executive Women.  In 2016, she was named the Hispanic Female Executive of the Year by the Houston Hispanic Chamber of Commerce and Leadera Consulting Group’s Outstanding Woman in Business.  That same year, Colbert spoke before a United Nations panel in New York about educating refugee women, and she has presented numerous times at the regional and national levels.
Secretary: Sean Fitzpatrick, PhD, Executive Director, The Jung Center

​Sean Fitzpatrick, PhD, LPC, is the executive director of The Jung Center.  He has master's degrees in religious studies and clinical psychology, and he completed his doctorate in psychology, with a concentration in Jungian studies, at Saybrook University.  He is also a psychotherapist in private practice.  He lectures internationally, and his first book, The Ethical Imagination, is under contract with Routledge.  He is a senior fellow of the American Leadership Forum.

Shubhra Endley, Director of Mental Health and Wellness for Communities In Schools of Houston, has more than 20 years of experience in the provision of school-based mental health services to children and families across the greater Houston Area.  Shubhra attended the University of Texas at Austin obtaining her bachelor’s degree in psychology and her master’s degree in social work.  She is a Board Approved Clinical Supervisor and has provided supervision to emerging social workers for over 10 years.  Shubhra has served as adjunct faculty at the University of Houston’s Graduate College of Social Work and a Field Liaison.  She held the position of Regional Board Member for two terms with the National Association of Social Workers-Texas advocating at state and local levels for the social work profession and mental health access.

Charlzetta “Charlie” McMurray-Horton is a graduate of the University of Oklahoma where she obtained her bachelor’s and master’s degrees in nursing. She has functioned as a psychiatric nurse in acute care, emergency, home health, outpatient, residential, and academic settings and has worked with patients across the life span. She has practiced psychiatric nursing in Oklahoma, Missouri, Georgia, and Kentucky before moving to Texas in 2007. She has progressive leadership experience covering many roles including Psychiatric Mental Health Clinical Nurse Specialist, University Instructor, Program Manager, Director, and Administrative Director.

Since 2004, Bill Bailey has served as President and CEO of Cenikor Foundation. Through his 15 years of leadership, Bill has provided strategic guidance, igniting a successful cycle of growth in geographic scope and treatment services within Cenikor’s full continuum of care. With almost three decades of executive leadership and development knowledge, Bill specializes in strategic planning, board development, philanthropy, community development, and corporate partnerships, all with a foundation of support to local communities. He has been a proud supporter of the United Way, Habitat for Humanity, and the Boy Scouts, while providing leadership and advocacy for two universities and church committees.

​Bill is a strong proponent in the community, serving as the Vice President for the State Association of Substance Use Providers in Texas. He was also nominated by the Secretary of Texas Health and Human Services Commission (HHSC) to serve as one of 15 members of the Insurance Parity Work Group for the State of Texas. Additionally, Bill is a member of the Addiction Committee for the National Council for Behavioral Health and has served on other national work groups. He has been a speaker at regional and national conferences discussing staff engagement, leadership development, and board development. Bill’s commitment to Cenikor and the behavioral health community is one of long-term success, focused on raising public awareness in the areas of treatment, prevention and education, and continuing a progressive movement on a national level. Bill is a graduate of Texas Tech University with a Bachelor of Arts in Real Estate Finance.
​At-Large Member: Robert Woods, CEO & Executive Director, Center for Success and Independence

Robert Woods has 20 years of experience in the mental health field, including specialties in child and adolescent psychotherapy; parenting of attention deficit hyperactivity disorder (ADHD) children and behavior problem children; as well as treatment of individuals with substance abuse issues. His private practice and very diverse clientele provide a broad perspective which is beneficial to both individual patients and in his role as Executive Director. Mr. Woods received his master’s degree in counseling from Texas Southern University, and his bachelor’s degree in therapeutic recreation from Grambling State University.
​At-Large Member: Rea Oliver, CEO, Cypress Creek Hospital ​

As the son of a psychiatrist father and member of a medical family, Rea was destined to have a career in healthcare and a desire to help those with mental illness.  After being accepted into medical school, he chose instead to join the business side of healthcare, obtaining master’s degrees in health and business administration at Georgia State University in Atlanta, Georgia.  His first leadership position after completing his education was a CEO position with a small, rural hospital.  Leaving rural America, he spent the next ten years as a CEO of two psychiatric hospitals in Austin, Texas and Mesa, Arizona and as a Regional Vice President for a national psychiatric hospital provider overseeing 9 hospitals and an array of outpatient behavioral health services, including joint ventures with several teaching programs.

He later transitioned to Long Term Acute Care Hospitals, where he spent eight years as a CEO of two hospitals and three years as a Regional Vice President. He then spent several years in local, regional and national medical practice leadership roles.  During this time he also developed a passion for seniors and founded and operated a senior living company in Alabama as its CEO for over ten years. Throughout his time in each of these sectors of health care and senior care, he was always mindful and passionate about integrating mental health services with medical care.  He is pleased to return as CEO for Cypress Creek Hospital to end his career at the local level after years of traveling.
Immediate Past Chair: Nadine Scamp, CEO, Santa Maria Hostel

Nadine Scamp is the CEO for Santa Maria Hostel in Houston. Santa Maria Hostel provides a full continuum of care for women with substance use disorders and their children, including detoxification, residential and outpatient treatment, housing, prevention, intervention and re-entry and recovery support services.
​
Nadine has over eighteen years of experience overseeing treatment, re-entry and housing programs. Nadine holds a bachelor's degree in psychology from UT Austin and a master’s degree in social work from the University of Houston. She serves on a number of committees, including the Statewide FASD Steering Committee for the Texas Office for Prevention of Developmental Disabilities and Texas Office of Court Administration Problem-Solving Courts Advisory Committee. Nadine’s passion is serving women and families who are recovering from addiction and trauma through the creation of programs and larger scale community change that promotes healing, hope and a solid foundation for long term success.
​Network of Behavioral Health Providers
9401 Southwest Freeway
Houston, TX 77074
Phone: 713-970-3410

Powered by: In The Network